is a non-profit-cultural-organization. We are part of the world wide network of "Percussive Arts Society". We want to inspire, educate, and support percussionists and drummers throughout the world.

Vic Firth: "That is what music is about: listen, play, inspire, love"

Our Motivation: we love percussion.

What drives our our effort to a climax is the idea of sharing musical, cultural, educational and inspiring concepts  with people all over the world.

Working for that, the Italy Percussive Arts Society devotes its work

The fundamental principles of our work:

We want to encourage art and music, through community-oriented respectful and appreciative action. 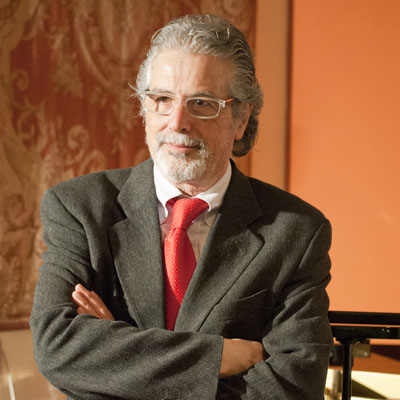 He took his first diploma in piano, then in percussion instruments with the teaching of M° Stefano Morellina. His serious applying on his profession has allowed him to be shortly esteemed and appreciated because he is famous for his high technical control on all the percussion instruments and for the high preparation level of his students. From his childhood, during his brilliant career, he is appeared as soloist and as member of several Orchestras in the most prestigious theatres. He has realized recording for R.C.A., EDIPAN and NUOVA ERA Publishing House, with illustrious musicians like Rota, Gavazzeni, Chailly, Gelmetti, Woess, Renzetti, Gusella, Samale, Martin, Vernizzi, Zedda, Calvi, Krieger, Caracciolo, Tchakarov, Canfora, Olmi and so on.. During his professional life he boasts the first absolute executions of different authors, as Rota, Togni, Bussotti, Sciarrino, Clementi, Donatoni, Pennisi, Manzoni, Maderna, Nono. From 1974 to today he boasts an intensive collaboration as timpanist and percussionist with prestigious Italian Theatres and with RAI Orchestra of Turin and Naples. Moreover he has collaborated with RAI Orchestra of Rome as drum set and percussionist player. Has won the National Competition organized by RAI Auditorium “Giovani Interpreti”. As first performance, for RAI UNO channel he has recorded the ”Concertino” of T. Mayuzumi (for xylophone and orchestra) as soloist with RAI Orchestra. He is Organizer and Artistic Director of several Competitions and Festivals about percussion instruments, and he is also organizer of several initiatives that enhance the value of percussion literature for all young students. From his own idea, two musical fairy-tale were recorded on CDs NUOVA ERA Publishing House: “L’uomo del tamburo” and “Un tamburo un pò brillo” of T. Procaccini; the unique Italian music work dedicated to all percussion instruments. His passion brings him to a Camera literature research, so he has realized a lot of ensemble for only percussion instrument with his students collaboration. For special credit he has been invited, from the Italian institute of culture and from The University of Music of Tirana, to become percussion teacher of the first class found in Albania. From 1977 he is University teacher holder of Percussion Instruments; actually he is teaching at the “L. D’Annunzio” Conservatory of Music in Pescara-Italy. He is invited to the jury of international competitions and in concerts and master classes in Europe. He is President in Italy of the PAS “Percussive Arts Society”. From 2002 he is Artistic Director of the Festival and Competition International “Days of Percussion” in Italy. To the International Convention of the PASIC 2007 that is developed in Ohio, he has received an important recognition for his professional activity.
Antonio Santangelo is a Mike Balter Mallets, Zildjian and Vic Firth Drumsticks Artist. 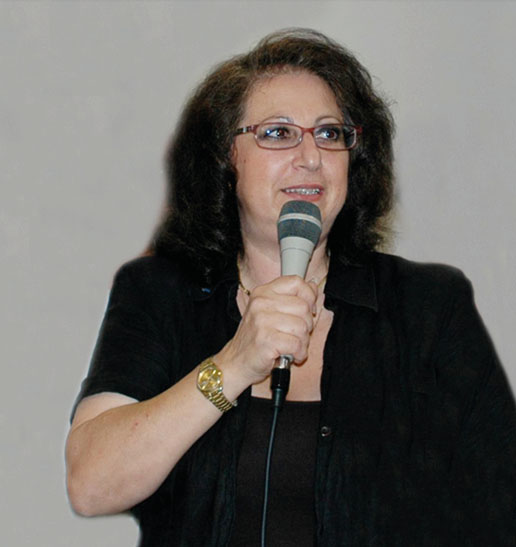 The column of the Italy Percussion Competition and the Days of Percussion Festival.
She is an artist - a percussion professor - a real hard worker & in addition to all the work she does - she is the one who welcomes all candidates warmly and helps them to get informations... 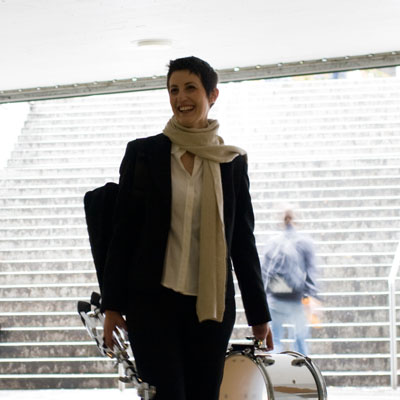 Francesca Santangelo... is traveling the world of percussion.

She is one of the artistic directors of the festival. Since the beginning of our events, Francesca translates the masterclasses. She speaks five languages fluently.

One of her important ideas for her aproach to music is portrayed in this quote:
“Once I decide to play a piece - it may be a Cello Suite by Bach on the marimba or something contemporary as Linea by Berio - then I research in the piece, I analyze it, feel it. And each piece has a background, has a "why" it was created. What did the composer wanted to communicate? And what do I want to communicate?”

She completed successfully her „Diploma in Strumenti a Percussione“ at Conservatorio di Musica “G.B.Pergolesi” Fermo, Italy with Professor A. Santangelo, her „Diplom KA in klassischem Schlagzeug“ at the Staatliche Hochschule für Musik und Darstellende Kunst, Stuttgart with Prof. Klaus Tresselt and Prof. Marta Klimasara and the "Advanced Studies Percussion” at the Freiburger Musikhochschule with Prof. Bernhard Wulff, Prof. Taijiro Miyazaki and Pascal Pons.

Beeing always curious, staying open-minded and discovering the world of percussion from so many perspectives led her to play with many known artists together on stage, playing in Orchestras such as the OSN Torino and being invited to percussion festivals as a soloist and a teacher - almost - all over the world. 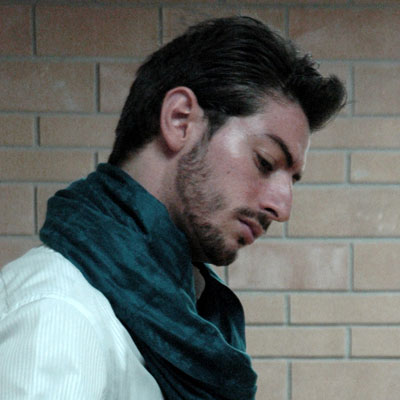 He was born in 1987 and belongs to a fourth-generation percussion family. Claudio Santangelo and Francesca Santangelo are the Artistic Directors of the Days of Percussion Italy. He started studying music at the age of six thanks to his parents, both percussion teachers at the Conservatory, and he soon showed a great, natural technical and musical mastery of the xylophone.
For his virtuosity, at the age of eight he participated in the International Competition for child prodigies, "Bravo Bravissimo", held at the prestigious Teatro "A. Ponchielli" in Cremona and broadcast on Rete 4 in Italy and all European television networks. Playing pieces of remarkable technical difficulty for his age, he won over many National and International Competition Boards, winning numerous first prizes.
He was awarded the President of the Italian Republic's "Silver Medal" and a special acknowledgment for his talent by the Yamaha Foundation that awarded him a prize in the edition dedicated to the best Italian percussion students, held in Milan in January 2001 with Nebojsa J. Zivkovic, the Board President. Because of these important prizes, the mass media have had him as a guest many times on Italian television broadcasts. His extraordinary talent and two-mallet technique, enable him to play the marimba with four mallets, like a pianist. His compositions are easily appreciated by listeners, though presenting significant technical difficulties greatly appreciated by performers. In 2005, he performed a Duo with his sister Francesca at the Superior Conservatory in Paris during the "perKumania" Festival in the "Jeunes Interprètes Européens" Exhibition with the piece "Specchio", written and dedicated to the duo by the Italian composer, L. Marinaro (published by I.P.E.).
Despite his young age, Claudio has been invited to numerous international festivals: in France, Croatia, Spain, Lithuania, Romania, Germany, Bulgaria.....